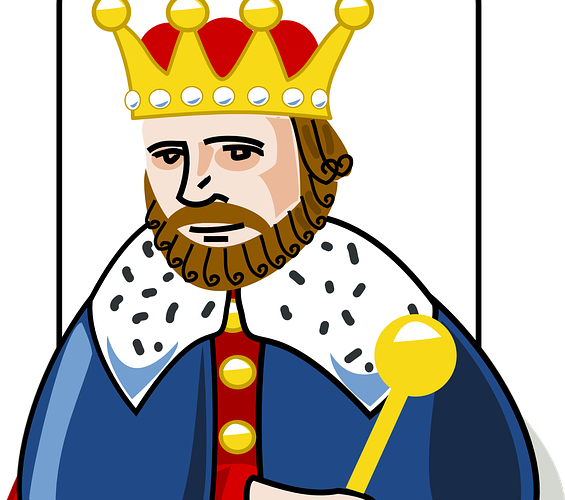 Sequel to part 1; we established the fact that it is not your PVC (permanent Voters Card) or rigging of elections, or casting of lots that determines who the president of a country is. These things are decided even before the election commence…

This decision is by the decree of the watchers, and the sentence by the word of the holy ones, In order that the living may know that the Most High rules in the kingdom of men, gives it to whomever He will, and sets over it the lowest of men. Daniel 4:17

If these things are true, what is therefore our part in all these; how can we partner with God in the decision of who rules in our community? I’ll just emphasize on three things we should do; let’s keep it that simple.

If you raise hooligans, you are looking at your future. These are the coming presidents and kings; they will sell your house and sell the country too to the highest bidder. But if you raise good people, you will have peace in your later end.

A king is chosen from the people. This means that in the land full of thieves, we can only expect a thief to be chosen as their leader…and likewise if we have good people in a land, even if we randomly pick a leader among them, the probability of picking a good leader is very high.

We are to pray for our leaders so that we can live a peaceful life. We should also pray for elections so that God can touch the hearts of people to vote for the right leader.

We cannot sit back and say ‘what will be will be’ or allow just anybody to rule, we should actively participate in the whole process by joining forces with God in prayer and voting, which brings us to the next point.

It is our civilian duty to go out and cast our votes when it is time to do so, it is a sign of responsibility as a citizen of the country we belong to; even God supports that we do the right thing, hence the need for us to vote.

We should know of a certainty that any inaction on our parts also have their consequences.  We must pray to God, trust Him and go cast our vote; just like we know that faith without works is dead. James2:17

After all being said and done, this kind of questions should arise; ‘if God indeed choses leader, why then do we need to vote, why do we need to pray. If it is not my PVC that counts, why waste my time?’

Prayer is part of the means God uses to orchestrate the events for a good leader to emerge.

Usually, the candidate with the highest votes becomes President; and when we come out to vote, we allow God to use our votes to cause the right candidate to win. The electoral committee will not count our prayers, but our votes; so no matter how much we pray, if we don’t come out to cast our votes, God is not going to import angels to send their votes from heaven.

We should pray, but we must also come out to cast our votes.

*What if they rigged the elections?

This is where prayer changes everything. When we pray, we give God the liberty to work things in accordance with His will. He taught us to pray thus: ‘thy will be done on earth as it is in heaven’. He uses both the simple and complex actions of people to accomplish his will.

When His people who are called by his name, purpose to seek His face; He will use even rigged elections to accomplish His will in choosing the right leader. Remember he causes all things to work together for good (Rom8:28), and remember also that the hearts of kings are in His hands and He turns it whichever way he chooses. (Prov 21:1).